Based in Geneva, Orfève was founded by François-Xavier Mousin and Caroline Buechler. They are proud of their bars, and rightly so, as they showcase the rarest and most precious varieties of cocoa.

The small town of Quillabamba is located in the foothills of the Andes, in the South of Peru, only a few kilometers from the famous Machu Picchu.

It lies on the banks of the Urubamba river, on the edge of the sacred valley of the Incas. Its forests harbour a rare indigenous variety of cocoa: Chuncho.

Cultivated by a hundred families in a way that respects organic agriculture and agroforestry, at an average altitude of 1200 meters, this precious cocoa comes in the form of very small beans with delicate and concentrated aromas.

Harvested between January and April, it benefits from a gentle fermentation in wooden crates and natural sun-drying under the supervision of Peruvian agronomists.

Located to the east of Papua New Guinea, the Kingdom of the Solomon Islands is made up of a thousand islands and islets representing a territory barely larger than Switzerland.

David Junior Kebu’s cocoa plantation is located in the northeast of Guadalcanal Island, near the town of Honiara. Camped on the banks of the Matepono River, the family farm stands out for the quality of the care taken in fermentation, drying, and the selection of beans. This work earned him, in 2015, a gold medal at the International Cocoa Awards.

Tasting notes are “full-bodied and deep. Acidulous and fruity attack then woody aromas and a tan finish”

Introduced in Madagascar in the early 20th century, cacao has found there one of the finest terroirs in which to express itself.

A hybrid of Criollo and Forastero, Trinitario is often considered as the perfect match between the subtlety of the former and the strength of the latter.

The Bejofo Farm, from which the beans of this chocolate originated, extends into the Sambirano Valley, near Ambanja, in the northwest of the island. Since 1920, it has been cultivating cacao beans that are considered to have the most powerful aroma of all those produced in the country.

This family farm carefully maintains its heritage of old plants, in compliance with the rules of organic farming.

Orfève use an original manufacturing technique for their Brut de Noir bars.  This provides a surprising crunch from the raw cane sugar.

Based in Geneva, Orfève was founded by François-Xavier Mousin and Caroline Buechler. A cocoa and chocolate manufacturer, Orfève masters all stages of chocolate production from bean to bar.

The raw materials composing Orfève chocolates are totally in compliance with the principles of sustainable development, for both Man and Nature.

Carefully selected by our sources, the cocoas for Orfève chocolates come from the noblest soils on the planet.

The Orfève production methods, faithful to old practices, are all artisanal and gentle, in order to preserve the nobility and originality of our fine cocoas.

Orfève produces 100% original and vintage bars in order to showcase the rarest and most precious varieties of cocoa. The result, our pride, is a unique Swiss chocolate of purity and authenticity. 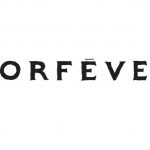 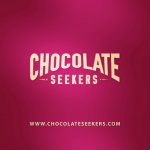 Be the first to review “Orfève Gift Box” Cancel reply